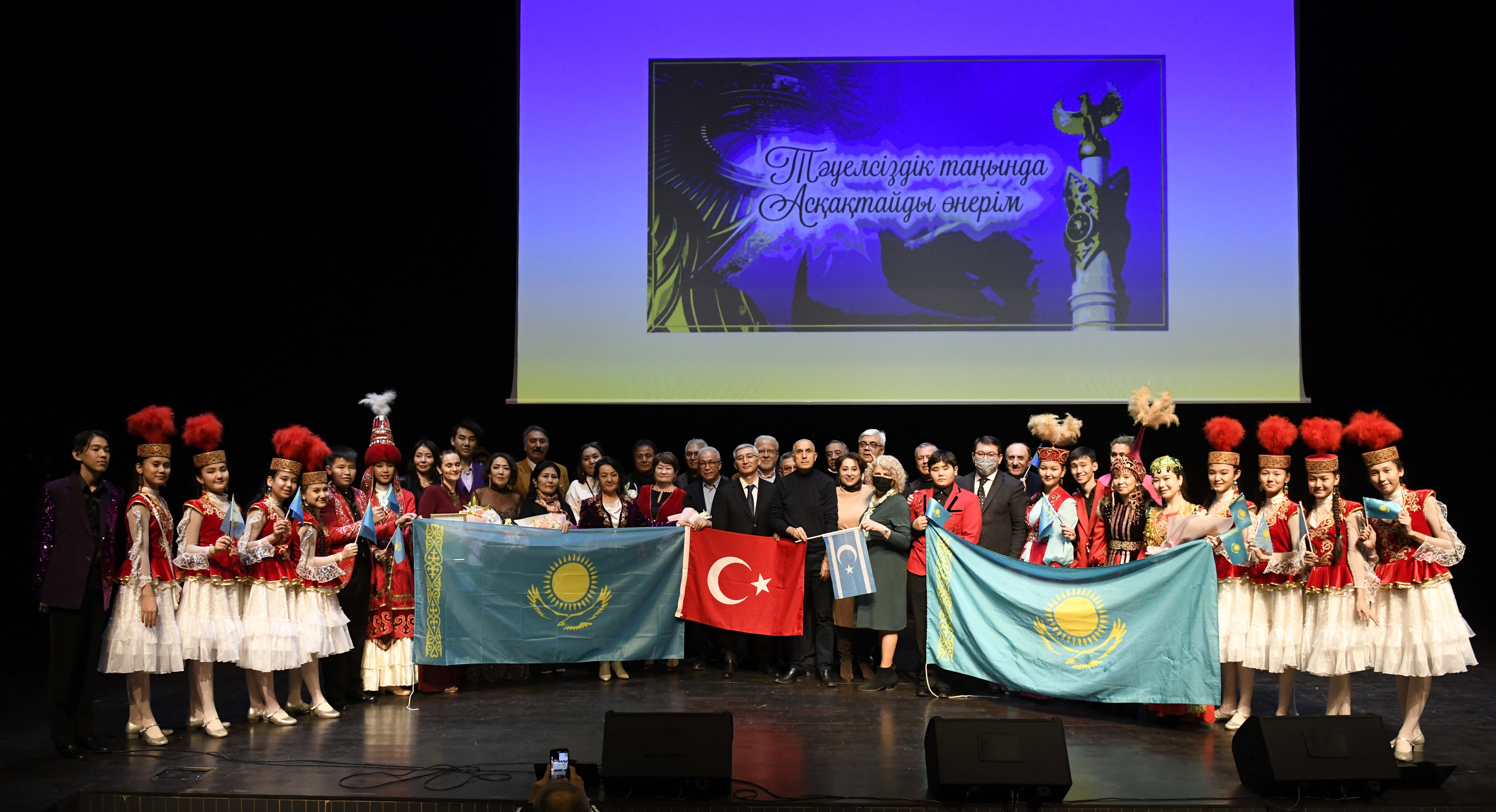 At the night, Sarı greeted the participants on behalf of Mayor Ümit Uysal and said, "Happy 30th anniversary of the independence of Kazakhstan, where we have a common history and culture." Stating that Kazakhstan stands on its own feet as an independent and free country, Sarı said, "Kazakhstan is taking firm steps towards becoming a strong and democratic state." Stating that the sympathy of the Turkish and Kazakh nations, the unity of path and destiny, is experienced in the deepest way in Muratpaşa, Sarı said:

“Last year, on the occasion of the 175th anniversary of his birth, we named a park in Muratpaşa, named after Kazakh poet, composer, philosopher and spiritual leader of Kazakh independence, Abay Kunanbayoğlu. As Muratpaşa Municipality, all the work we do to strengthen our ties with our kin communities also creates a sense of unity that will make great contributions to humanity and world peace.”